The Bradley Era Is About To Begin 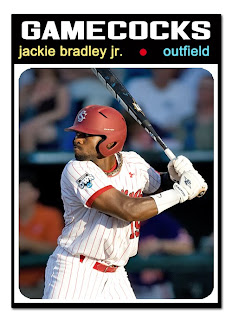 The Red Sox have made their decision, and Jackie Bradley Jr. will open the 2013 season in a Boston Red Sox uniform when they take the field Monday in New York.

I honestly believe that Bradley should begin the season at Pawtucket, but I don't get paid to make those decisions. He will most likely be in the Opening Day lineup in left field and bat eighth.

David Ortiz will open the season on the DL, and Daniel Bard and Ryan Larvarnway were both sent down to the minors. MIke Carp and Daniel Nava both made the roster as backup 1B/OF.

On the DL: David Ortiz, Stephen Drew, Craig Breslow, Franklin Morales, Ryan Kalish.
Posted by The Omnipotent Q at 11:52 AM