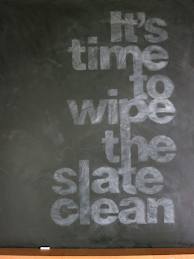 Don't ask me to figure out this mess.

I sure don't get paid to do it.

The drama that is the Red Sox ' 2012 season took another turn yesterday after an article by Jeff Passan of Yahoo revealed that many of the Red Sox players had a meeting with upper management before the Red Sox series with New York in the last week in July. Passan describes the meeting as "heated" and has painted as the Red Sox players, led by Adrian Gonzalez and Dustin Pedroia, as wanting Valentine gone.

There was lots of spinning about this yesterday, from many people. Pedroia even said after last night's game that he doesn't want Bobby V fired.

But it also turns out that this meeting with the Red Sox players is old news, at least according to Buster Olney, who tweeted yesterday that the NY Post's Joel Sherman reported on this back on July 31.

Would be hearing any of this if the Red Sox were smack in the middle of a pennant race? Of course not. Winning cures everything. (Remember last season when we didn't hear a thing about the "chicken and beer" nonsense when the Sox were hot during the summer, and nothing was revealed until the season was over?)

I don't know about you, but I'm really getting tired of all this bullshit. Underperforming team, a manager who doesn't get on with most of the players, everything you read is negative. It's a lost season, and it's clear to me that Bobby Valentine is not the right man to lead this team. It's clear he lost the clubhouse back in April with the Kevin Youkilis incident.

However, it is also apparent to me that this team has too many clubhouse lawyers, too many players who feel they should be pampered and entitled. I can't help but feel this team needs a major overhaul. It reminds me too much of the 2001 Red Sox. Underperforming players griping with a manager they didn't respect (remember Joe Kerrigan?). Valentine maybe getting a raw deal here, but I simply can't see how you bring him back in 2013 with a similar roster as it's now constituted.

First order of business after this season mercifully ends is for upper management to address Valentine's situation (and I mean the DAY after it's over, no waiting). He's either in charge in 2013 or he's gone. It's not fair to let him twist in the wind.

There's no one person or thing to blame here. There's lots of blame to go around everywhere. Personally, I would clean house totally. Send Valentine and all his coaching staff packing. Clean slate for 2013 (like in 2002). Move some of the underachievers and clubhouse problems out, too. Eat salary if you must. Who to bring in as manager, or trade away? You've got me. Again, I don't get paid to figure those things out.

In 2002, the new Sox management fired the manager, GM, and got rid of many of the underachievers (remember guys like Dante Bichette, Carl Everett and Mike Lansing?). The stink that was 2001 was a distant memory in a few short years. Time to do the same here.

This season has been a monumental failure on so many levels. Once again, we as fans have been embarrassed not just by the play on the field but the needless drama off it. The Red Sox have gone off the rails, and the success of the 2000s seems like a distant memory these days.

It maybe best to forget 2012 as soon as it ends. Clean out as much as possible over the winter and begin anew. This version of the Boston Red Sox clearly isn't working.
Posted by The Omnipotent Q at 11:56 AM

Why wait till the season is over? I'm forgetting about 2012 right this minute. They can have my every weeknight back if they decide to stop whining and start playing.

Can't blame you, Jup. My focus will be shifting to the NFL shortly.