A Beauty From Buchholz 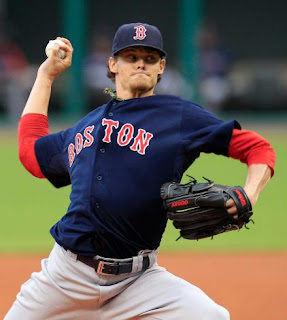 I still watch the Red Sox these days because I'm a fan, as the season has gone down the crapper a while back. I walk in with no expectations, and try to enjoy the game and hope my team wins.

Clay Buchholz made Sox fans still watching happy on Friday night, as he spun a beauty at the Indians for his 10th win of 2012.

He allowed just a home run and a double to Asdrubal Cabrera, as the Sox won, 3-2. One of the runs he allowed was on two infield errors in the sixth, so just one run was earned.

Cody Ross blasted a home run to dead center in the sixth with one on that was enough for Buchholz.

Will Middlebrooks was hit on the wrist by a pitch from Esmil Rogers in the ninth inning. He was taken for x-rays, and no word yet on the extent of his injury. Terrific. Just what the Red Sox needed.