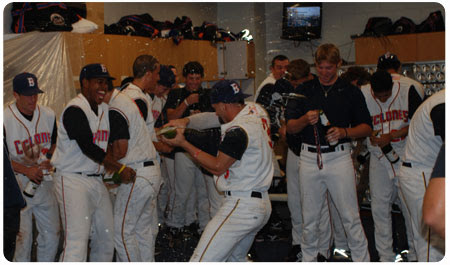 Why is it when I go to MCU Park to see the Brooklyn Cyclones play, the Red Sox get their heads handed to them, and at home?

Another romp by the opposition at Fenway last night, a game that ended up 10-0 with the Red Sox getting just two bloody hits. (I was at Coney Island last Friday when Oakland also won by double figures.) I had a feeling Andrew Miller's win over Texas last week was a little too good to be true. He didn't get out of the second inning last night.

Every time I checked the cell the news was rotten. Especially when I saw that New York had beaten the Blue Jays in the Bronx. Half-game back now.

Well, at least the Cyclones clinched the Wild Card berth in the NYPL playoffs with a 4-0 win over the Staten Island Yankees. (Any win over any team called the Yankees is a good thing. But this put the Cyclones in the playoffs for the 8th time in their 11-year history.)

I won't be going to any postseason games at MCU Park (first Cyclones playoff game, against Staten Island, is Tuesday night), so the Red Sox are safe once again.

Hoping for better today, with a highjacked-by-Fox game at 4:10 started by Erik Bedard.

And Uncle Sam ain't through with the Texas Con Man, as he heads back to court next April.