No More Sox Games For You! 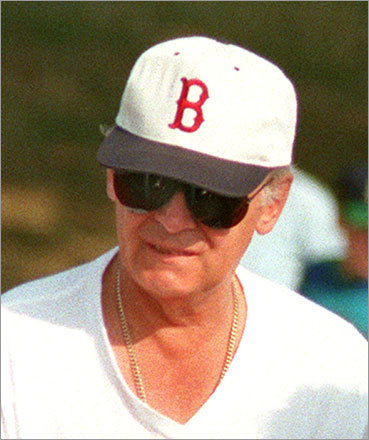 The moment I heard that Whitey Bulger got nailed by the FBI in Santa Monica, my first thought was:

I wonder if he hung out at Sonny McLean's watching the Red Sox games?

And BTW, do you suppose he has brothers nicknamed "Honky" and "Cracker?" (That's an old Saturday Night Live joke. I remember seeing a picture of Cardinals manager Whitey Herzog at the 1985 World Series with his two sons, and SNL made a joke that went: "Here's Cardinals manager Whitey Herzog posing with his two sons: Honky and Cracker." Still makes me laugh.)
Posted by The Omnipotent Q at 10:48 AM