Was The Iron Horse's Streak Not "Authentic" Either? 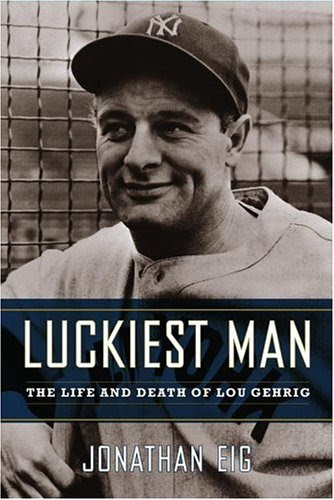 As many of you know, I do my best to avoid sports radio, as it's a haven for knuckleheads, both behind the mike and on the telephones.

"The Sports Pope", Mike Francesa (who I am no fan of, as he comes across as the worst type of know-it-all imaginable on his show), opened his show on WFAN today (and I just happened to have it on) talking about Brett Favre and whether he would play against the Giants this Sunday. Favre holds the NFL record for consecutive games played, and it would be in danger this weekend with the various injuries he's gone through this season, especially after last week, when he left after getting hit making his first pass of the game.

Fatso actually questions the "authenticity" of the record should Favre only play one or two series on Sunday. I guess someone should point out to him that the most famous ironman streak of all-time, the 2,130 consecutive games streak of the immortal Lou Gehrig, had plenty of games where Gehrig wasn't in there for all nine innings.

I just recently finished Jonathan Eig's terrific biography of Gehrig, "Luckiest Man." Eig talked about how obsessed Gehrig was with the record throughout his career, and shed light on one incident I was always curious about.

I remember seeing in Gehrig's statistics that he played one game at shortstop in 1934. I was really curious how a left-handed first baseman could play that position, and why just for one game. Eig talked about that game in Detroit, when Gehrig was suffering from a bad back, possibly an attack of lumbago. (It's been speculated that this might have been the first signs of his impending fatal illness cropping up.) Gehrig clearly couldn't play a full game or play in the field, but Yankees manager Joe McCarthy came up with the idea of batting Gehrig leadoff and have him swing the bat once and then sitting down. The Yankee leadoff man was a shortstop, and Gehrig singled in that at-bat. The regular shortstop, Red Rolfe, came in to run for him, and Gehrig's day was done.

So, Sports Pope, does episodes like this make Gehrig's record less legitimate, or "authentic?" Of course not. Eig also talks about other games Gehrig played in where he was in for just a few brief innings and took the rest of the day off. Gehrig played every inning of every game only once in his career.

Granted football and baseball are completely different animals, but I don't see how Favre only playing a few series calls his record into question. Neither sport has any guidelines as to how long in any particular game you have to play in order for it to count in a consecutive game streak.

All you have to do is play in it. That's it.

It's the Christmas season. I should find better ways to waste my time than listening to nonsense from blowhards on sports radio.
Posted by The Omnipotent Q at 1:37 PM

I'm happy that you read the book. I remember after I first read it (once every year now), I mentioned it in a comment right here on your blog. He was a great man and the book illuminated not only him but his fellow players. He was the IRON HORSE, but more like a gentle Lou. What a terrible disease. Your mind works but your body, which you've automatically counted on, fails. I recommend it to all of your readers. It touched me.

It touched me too, Peter. Gehrig is a true American hero whose courage will never be forgotten.