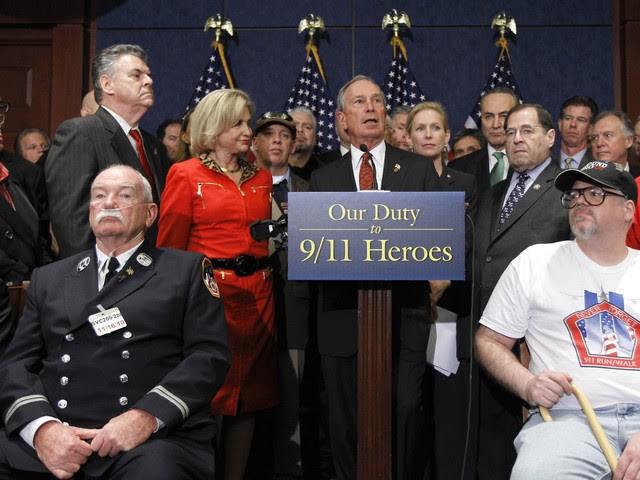 The James Zadroga 9/11 Health and Compensation Act, which was designed to aid the first responders who rushed to Ground Zero to help in the rescue and cleanup operations there, was blocked today by Senate Republicans who wouldn't allow the bill to be voted on in the Senate.

The bill passed the House, but the jackasses in the Senate think this is some kind of "handout" to New Yorkers at the expense of the rest of the country.

Don't these boneheads know that people came from all over the United States, as well as the world, to aid New York in its time of need? And that they are getting sick and dying at an unbelievable rate?

900 people have died since 2001 who worked at Ground Zero after the WTC attacks. Let me repeat that number: nine hundred. Over 100 a year. And Lord knows how many will get sick and die over the next few years. These are brave men and women who thought nothing of themselves and risked their lives down there. (They were also assured that the air was safe at Ground Zero, when it turns out that was all a lie. I wonder how Christie Whitman and those liars at the EPA at the time can live with themselves.)

This looks like a case of anti-New York bias to me on the part of these idiotic Republican lawmakers. The bill just needed two Republicans to break ranks for it to get passed, but they successfully blocked the bill coming up for a vote. The bill's backers are still optimistic that it will get through, and hopefully on the back of the tax cut extension bill.

Every Republican senator should be ashamed of themselves for allowing this travesty to happen. Phony hypocrites. They can dump countless billions into Afghanistan and Iraq, but can't help the sick and dying heroes of Ground Zero.

Appalling. Once again, politics rules over doing the right thing. I hope they can live with themselves, too. The blood of those heroes is on their hands.
Posted by The Omnipotent Q at 3:33 PM