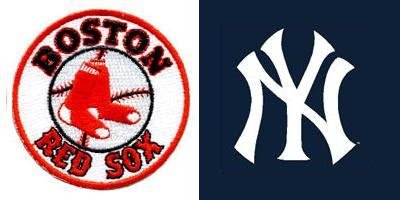 My friend Adam sent me an interesting email this morning about a comparison of the Red Sox and Yankees payrolls for 2009, and as you might have guessed, New York's payroll far exceeds that of the Red Sox, and every other Major League team. Their payroll will be nearly $80 million more than the Red Sox. It is broken down by position players, starters and bullpen, and the Red Sox aren't close to them any of the three areas.

Posted by The Omnipotent Q at 2:55 PM

And Derek Jeter is NOT worth $20M, as he doesn't have any range and his power #s are way-down. He'll also be 35 Years Old this month:

As Alex(Or is he Alice)Roidriguez ages and goes without his "Supplements", will he be less-useful, like the time when Jason GiamBALCO was withdrawing from his steroid use, being reduced to a pile of jelly?

The NY Yankees-expensive and built to stay that way.

It shows the relative prudence of Theo and company. They have the possibility to spend a lot of money.

Red Sox Nation would see their team play the sisters of mercy in some parking lot and the game would get 30,000.

The plan has worked. The Red Sox have developed many of their best players. Youk, Pedie, Lester, Lowrie, Ellsbury, Papelbon, among others. Hansley Ramirez was used as trade bait to get Lowell and Beckett.

Lars Anderson is almost ready for the Show. Mike Lowell looks to be slowing down. So Youk goes to Third Base and Anderson hopefully can man First Base.

It is a long term plan. Develop
your own players and pay frugally to keep them.It also keeps your own cost down.

As they provide the best software you all can check this out.