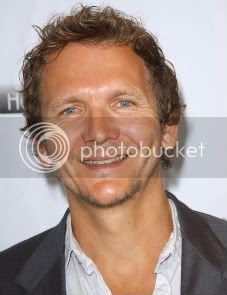 My friend Ken in San Diego sent me a very interesting email this morning. He was watching the TV show "24" this past Monday and discovered something that I did not know.

There was an assassin on the show, played by French actor Sebastian Roche (pictured). I don't know anything about "24" as I've almost never seen it. (I'm really not into shows about terrorists, as certain events from earlier this decade put me off them.) I hear it is supposed to be a terrific show. Anyway, the character Mr. Roche was played was named...John Quinn.

Yep, my very own name. There are John Quinns everywhere. The site Howmanyofme.com says that there are 1,401 people named John Quinn in the United States right now. There have been a few famous John Quinns, among them a onetime GM of the Philadelphia Phillies, a big Los Angeles lawyer, a couple of US Congressmen, and a baseball pitcher who played nearly a quarter-century. (If you google "John Quinn" you will get over 200,000 results.)

I've even had a few people send me a Facebook friend request thinking I was some other John Quinn. And there are plenty of us John Quinns on that networking site.

There is a famous John Quinn in Red Sox history. Robert Quinn (his real first name was John) was the owner of the Sox during their worst period, from 1923-33. He ran the Sox between Harry Frazee and Tom Yawkey, and is most famous for when during those years, a rain delay was referred to as "Quinn's weather." (I guess because the Red Sox couldn't lose if it was raining.) J. Robert Quinn's grandson was the GM Bob Quinn, who ran the Reds and Giants many years ago.

But there's a really weird coincidence with "24"'s John Quinn. I saw Roche's acting resume, and he had recently been on the soap opera "General Hospital." The character he played was named Jerry Jacks. My best friend growing up was named Jerry Jacques (who pronounced his last name "Jacks."). Unfortunately, Jerry passed away over 25 years ago. So, the last two characters Sebastian Roche played on TV were named John Quinn and Jerry Jacks. Spooky.

And do I have a story to tell Ersatz John Quinn if I should ever meet him.
Posted by The Omnipotent Q at 12:59 PM

Oh come on John, you could always say it was your evil twin. Soap operas do that all the time!