Back On Tuesdays, Where We Belong 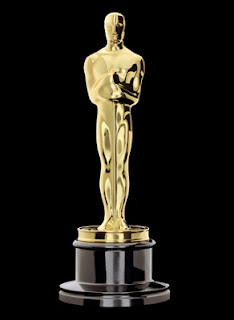 Trivia makes its return back to Tuesday night tomorrow at 8:30 PM, with "January 8th Trivia" as the Special Category. It will be seven questions about the day in history.

The Q Train lightning round will be "Oscar Winning Movie Characters Trivia." I will give you the names of ten characters from films from the recent past (think within the last 30 years), and you have to tell me the name of the actor or actress who won the Academy Award for playing him or her.

The Sneak Peek question for this week is:
"What telephone prefix, of three numbers, is used in the movies by most filmmakers?"

We'll get going right around 8:30 PM. We should be good on Tuesdays for a while, up until the Celtics playoff run begins in late April. (If they make the playoffs. Doesn't everybody in the NBA these days?) The Red Sox don't play the Yankees even once on a Tuesday in all of 2013, so they won't be interrupting us. That's a good thing. I look forward to seeing many of you tomorrow night!
Posted by The Omnipotent Q at 11:26 AM