Why DeNiro? Why Not? 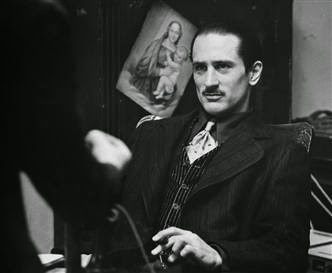 Tuesday Night Trivia this week will feature "MLB All-Star Trivia" as the Special Category, in honor of the Midsummer Classic game, which will be going on as we do Trivia. It will be seven questions connected to the players who've played in the game, and for those of you who aren't huge baseball fans, it will be multiple choice.

The Q Train lightning round will be "Robert DeNiro Film Character Trivia." I will give you the names of 10 famous characters that DeNiro brought to life on the big screen, and you tell me the film. No particular reason we are doing DeNiro films this week. Maybe only because he's Robert F'n DeNiro.

The Sneak Peek question this week is:
"The United States has shoreline on how many oceans?"