Going From Bad To Really Worse 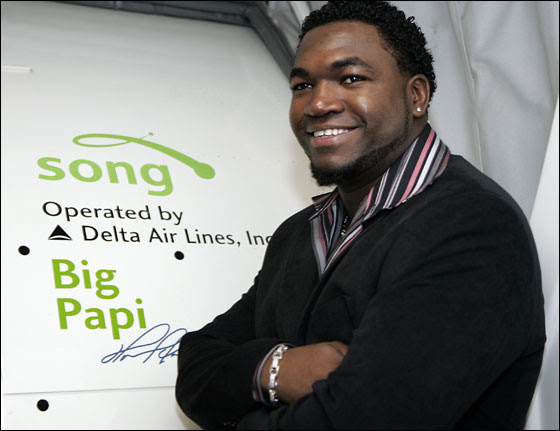 The Red Sox put an absolutely patchwork lineup on the field in Oakland last night, and sure enough, got their heads handed to them yet again, 9-0. For those of you scoring at home, or even if you're by yourself (sorry, an old Keith Olbermann reference), the Sox have now lost 4 straight, 10 of 12, and 19 in the month of August. The last time they dropped that many in a month was 10 years ago.

It's painful to watch this team struggle like this. Once again, there was no Manny, no Wily Mo (but a new Pena, Carlos, was brought up when Jon Lester went on the DL yesterday) and no David Ortiz. It was originally said that Big Papi was left out last night due to flu symptoms, which have affected a number of team members.

But now it is reported that Papi was kept out due to the irregular heartbeat that affected him back in Boston earlier this month. The Red Sox are taking no chances with him, as he is flying back to Boston today to meet with team doctors and get it checked out.

We all pray for Papi's good health, above and beyond anything to do with baseball. The Sox need him badly, but are right to take no chances with him. Let's hope we all see his wide, shining smile back at Fenway on Friday night.

Godspeed, Big Man.
Posted by The Omnipotent Q at 1:33 PM

The August Swoon is reminiscent of the August 2002 Mets, when they lost all of their home games & fell out of the race:

In both cases, it was 2 years after the World Series.