"The League of Outsider Baseball" 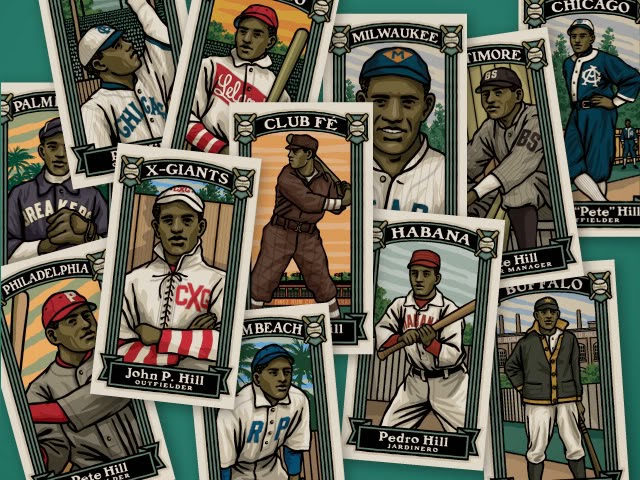 I just read a fascinating new book about some of the lesser known heroes of baseball throughtout the years, called "The League of Outsider Baseball: An Illustrated History of Baseball's Forgotten Heroes."

It was put together by a professional artist and illustrator named Gary Cieradkowski. He searched the four corners of the baseball world for some of the most obscure baseball stories, and each subject has an illustration in the form of a portrait, almost like an old time baseball card.

There are plenty of the game's famous names included, like Babe Ruth, Lou Gehrig, Jackie Robinson, Lefty Grove and Ted Williams. But the book's main focus is on stories of the lesser known names from the game, and it spans all different places, like the Negro Leagues, Japanese and Latin American players, female players, and plenty of "barnstormers, journeymen, rogues and odd balls." (The latter in the words of the author.)

I was fascinated with his section on The Black Sox, the White Sox players who were banned after throwing the infamous 1919 World Series, and what they did following their expulsion for MLB. The book also includes plenty of tragic figures, like Reds' catcher Willard Hershberger, who committed suicide during the 1940 season, Eddie Gaedel, the midget who batted once for the St. Louis Browns in 1951, and plenty of others whose names may not sound familiar but whose baseball dreams never amounted to much.

I was also interested in reading the baseball careers that some famous people from other areas once had, like Frank Sinatra, George H. W. Bush, Fidel Castro and Jack Kerouac.

There are also plenty of "I didn't know that" moments in the book, like the career of the real-life Moonlight Graham, whose one game MLB career was the basis of the movie "Field of Dreams." And that there was a baseball league of expatriate Americans in Russia after World War I. (That can ultimately be filed under "baseball tragedies".)

I did find a mistake or two in the book, but it well worth getting not just for the research but the excellent artwork that Cieradkowski has done. The book will be released on May 5th. I highly recommend to any baseball fan who enjoys reading about those players who were a little "out there."
Posted by The Omnipotent Q at 11:40 AM