Are They Dead or Alive, on Wednesday 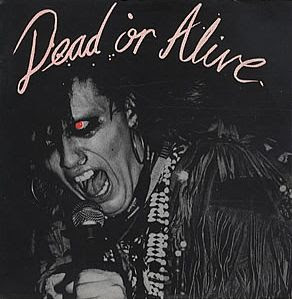 As you all know, we are doing another special night of Trivia tomorrow night, Wednesday, May 13th at 9 PM, due to tonight's Celtics and Bruins playoff games. (And since the NBA nor the NHL has announced their next round schedule, and since we don't know yet if the Boston teams will make it, next week's Trivia Night date is currently not yet known. Stay tuned to my blog for updates.)

The special category will be another round of "Dead or Alive Trivia." No, it won't be on the '80s band (pictured), but I will give you the names of seven celebrities, and you will tell me if they've gone to their Eternal Reward or not. The Q Train lightning round will be "5-6-7-8 Trivia" with all ten answers being one of those numbers.

The Sneak Peek question for this week is:
"What sports superstar released five rap albums in the 1990s?"

We should get going very close to 9 PM, as their are no Boston playoffs and the Red Sox don't start their game in Anaheim until 10 PM.

BTW, in the Dead or Alive Trivia, Abe Vigoda will NOT be a part of it, as we had him in our last round, and besides, as we all know he's dead. Oh, wait a minute...
Posted by The Omnipotent Q at 10:53 AM