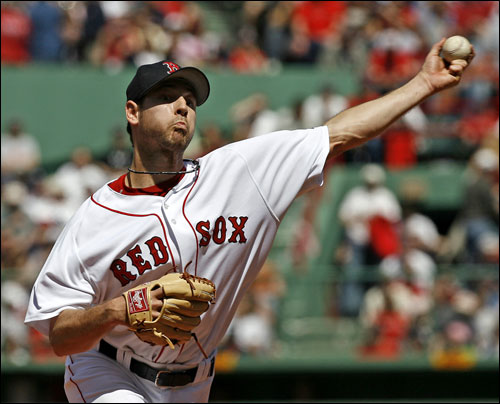 The Lenny DiNardo Era in Boston officially came to a close today as the Oakland A's claimed the lefty off waivers today from the Red Sox. And more importantly, the Sox put J.D. Drew on the 40-man roster, so DiNardo was put on waivers to make room for him.

DiNardo was the first former Brooklyn Cyclones player to get a World Series ring, with the Sox in 2004. I remember seeing Lenny pitch at KeySpan Park back in 2001. The Red Sox originally got DiNardo from the Mets in the Rule V draft back in December 2003.

I do wish Lenny all the best in Oakland, as I hear he's a good guy.

He got his one and only Red Sox win last May 7th at Fenway Park against the Baltimore Orioles. I remember it well because I was in the stands at Fenway for that game last year.

I guess it's something I can tell the grandchildren about someday.
Posted by The Omnipotent Q at 8:34 PM

Perhaps you're Lenny's good luck charm? Maybe he'd be willing to sport you tickets when the A's come to town.