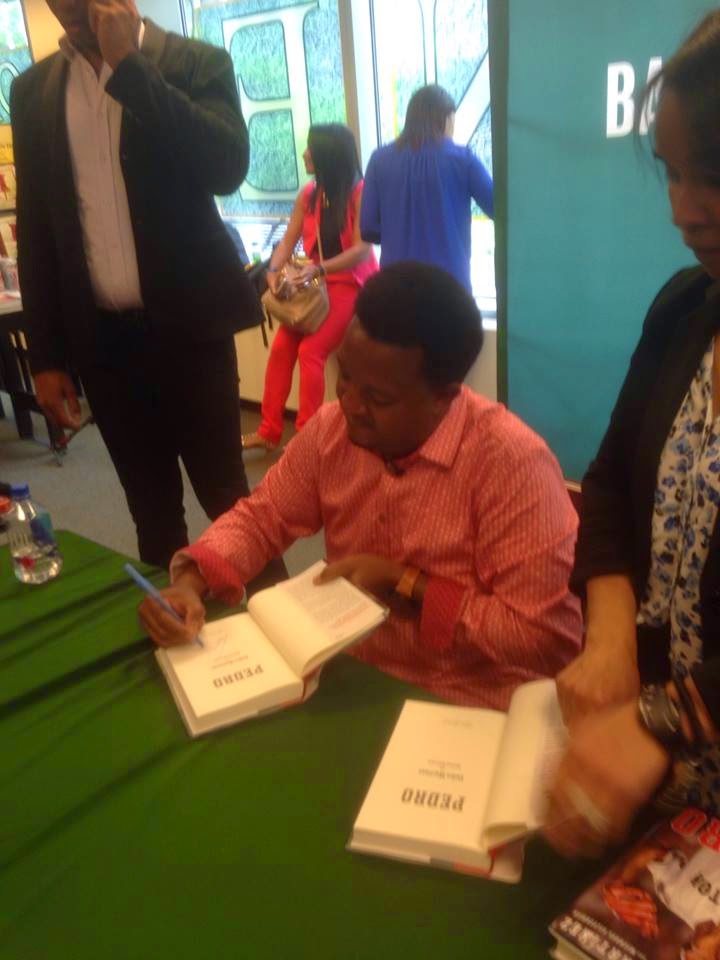 I had the distinct of pleasure of going to the book signing in Manhattan yesterday that featured one of the greatest pitchers of all-time, Pedro Martinez, autographing his new biography, "Pedro."

It was at the Barnes & Noble store on East 54th Street and 3rd Avenue. I got there just before noon, and there was a long line snaking its way around the second floor. Pedro showed up at exactly 12:30, the scheduled time, to much fanfare. He was warmly applauded, and he waved to the crowd, and got going signing his book.

I figured it would take about one hour to reach him, and literally when the clock struck 1: 30, there I was. Pedro was chatting with the fans as he was autographing. Oddly, he wasn't personalizing any copies, but he was taking selfies with the fans.

When I reached him, there was just one thing I wanted to tell him.

"Thanks Pedro, for making my life in New York City so much more bearable."

He let out a big laugh as he handed me the book. 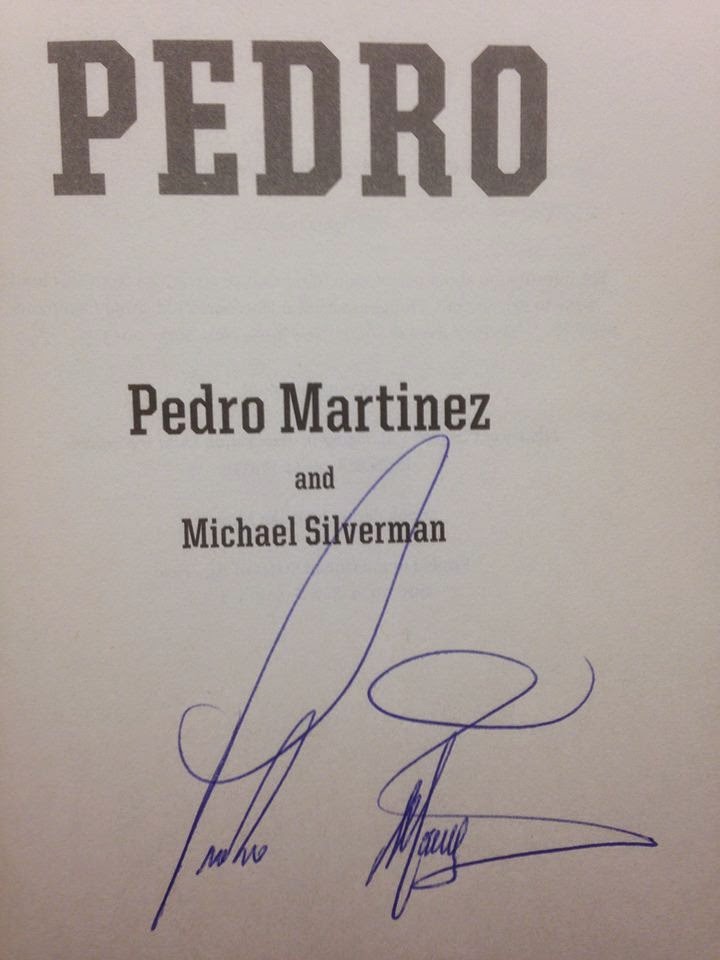 I said the same thing to John Henry and Tom Werner (when I met them in a bar in 2007), Johnny Damon (at the signing of his book in 2005), and Terry Francona (when signing his book in 2013). And I got the same response each time. Smiles and laughter.

I couldn't hang too long, as there was a huge turnout and the Barnes & Noble people wanted to keep the line moving. But I enjoyed my brief time with one of the Red Sox all-time greats on Tuesday.
Posted by The Omnipotent Q at 11:23 AM