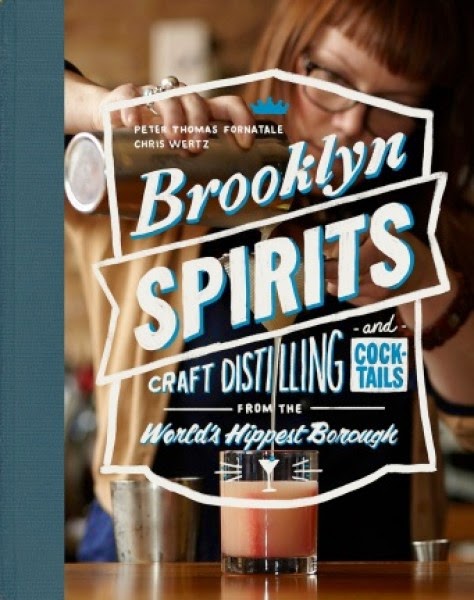 My good friend and Governor of Red Sox Nation for New York State, Chris Wertz, has a great new book coming out in October called "Brooklyn Spirits: Craft Distilling and Cocktails From the World's Hippest Borough."

The book was co-authored by Chris and Peter Thomas Fornatale, who is the son of the late New York author/radio personality Pete Fornatale. It is all about the distilleries of Brooklyn, and will contain the histories of those distilleries, along with the places serving Brooklyn-produced spirits and plenty of drink recipes.

The book will be released on October 14th and you can pre-order it and read more about it by going to Amazon here.

Good luck to Chris and Pete on what will be a terrific book!
Posted by The Omnipotent Q at 11:23 AM