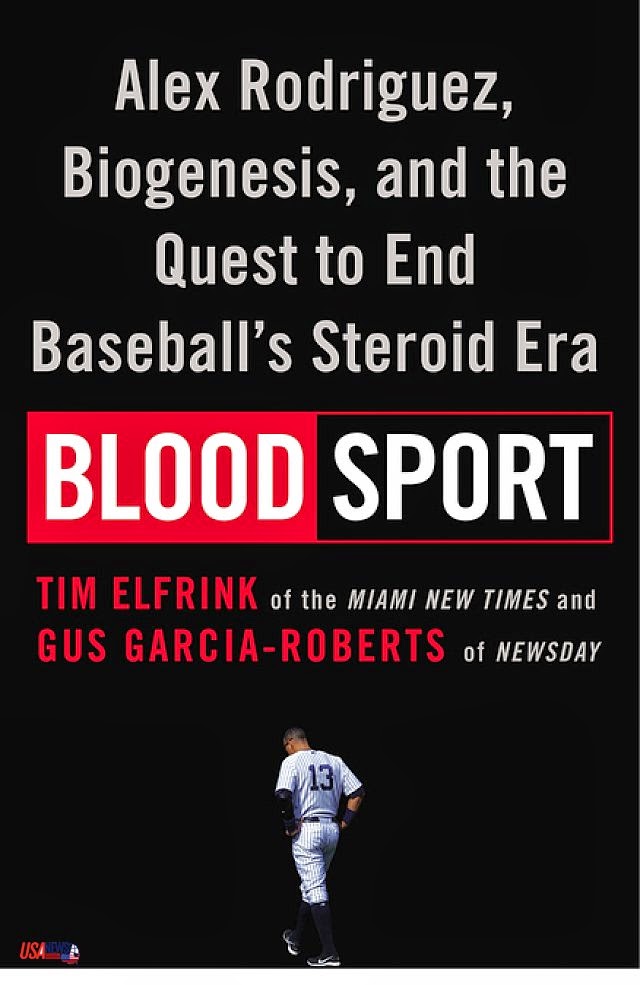 The book, written by Miami New Times reporter Tim Elfrink and Newsday reporter Gus Garcia-Roberts, is centered on the Biogenesis scandal that featured Tony Bosch, a wannabe doctor from New York who ran an anti-aging clinic in South Florida and eventually hooked up with his most famous client, Alex Rodriguez. But it is also a history of drugs and their unseemly appearance in MLB, going back to the use of amphetamines in the 1950s and '60s, the Pittsburgh drug trials of the 1980s, the inflated home run totals of the late 1990s and the infamous Mitchell Report.

"Blood Sport" details the life of Bosch, who wanted to make a name for himself and become famous. He sets up shop in Florida, which is the "Wild West" for dopers, and comes across as a pretty sleazy character. He kept detailed notebooks on all his "clients", including not just Rodriguez, but other MLB players as well as college and high school athletes as well.

Everyone involved in this book comes off badly. Not just Bosch and Rodriguez, but especially MLB, who spent way over $1 million to get the goods on A-Rod. Their tactics in doing so sound like the stuff of spy novels. The book is loaded with sleazy characters, from grifters to weight lifters to ex-cons. And that's what makes the book even more fascinating to read. A lot of what is in "Blood Sport" has already been widely known, but the authors also have some tidbits that were not known, like the fact that Rodriguez was given an exemption by MLB to use testosterone before the 2007 season (and then went out and won the AL MVP before infamously opting out of his contract during the World Series).

The book concludes with the MLB players who were given 50-game suspensions for their ties to Bosch and Biogenesis. All except Rodriguez, of course, and the tome details the infamous arbitration case he had with MLB after the 2013 season.

Like "Game of Shadows" did for Barry Bonds back in the mid-2000s, "Blood Sport" goes into great detail about the fall of a great athlete through the use of doping. MLB may have won this round with Bosch and Biogenesis, but what comes across is that illegal doping his here to stay in MLB and pro sports. "Blood Sport" is a cautionary tale. There will be other Boschs down the road.
Posted by The Omnipotent Q at 11:42 AM