Everyone Gets In On The Act, Even The New Guy 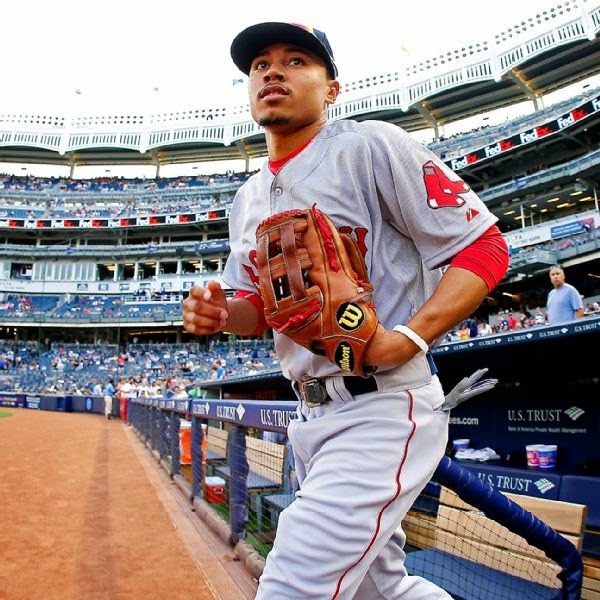 Big win for the Red Sox last night, taking the series in the Bronx.

Reminded me of one of those "2013 victories." Sox scored early and often, and despite the Yankees getting close, they held on for an 8-5 win.

John Lackey gutted through 5 innings for the win, allowing 5 runs. (The Yankees always seem to give him trouble, especially in the Bronx.) The bullpen was superb as usual, allowing just three hits in four innings.

David Ortiz hit a majestic three-run shot in the third, and every hitter had at least one hit, so it was truly a team effort. Dustin Pedroia once again had three hits, and is getting hot.

Mookie Betts made his MLB debut last night by hitting into a double play to end the second, but also had a single, a walk and scored a run.

The Sox ended the 10-game road trip at 4-6. Not what they wanted of course, but looking at the bright side, they won three of the last four, and actually gained a half-game in the standings from where they were before they left Boston. The Sox are 6 games back, and were 6 1/2 back in the AL East after they swept Minnesota.

13 games to go until the All-Star break. The next 10 are at home: 3 with the Cubs, 3 with the Orioles, and 4 with the White Sox, before ending the first half in Houston.

Yes, we've been down this road before in 2014, but this is a golden opportunity for the Sox to build some momentum. Let's hope it's not wasted yet again.
Posted by The Omnipotent Q at 11:11 AM