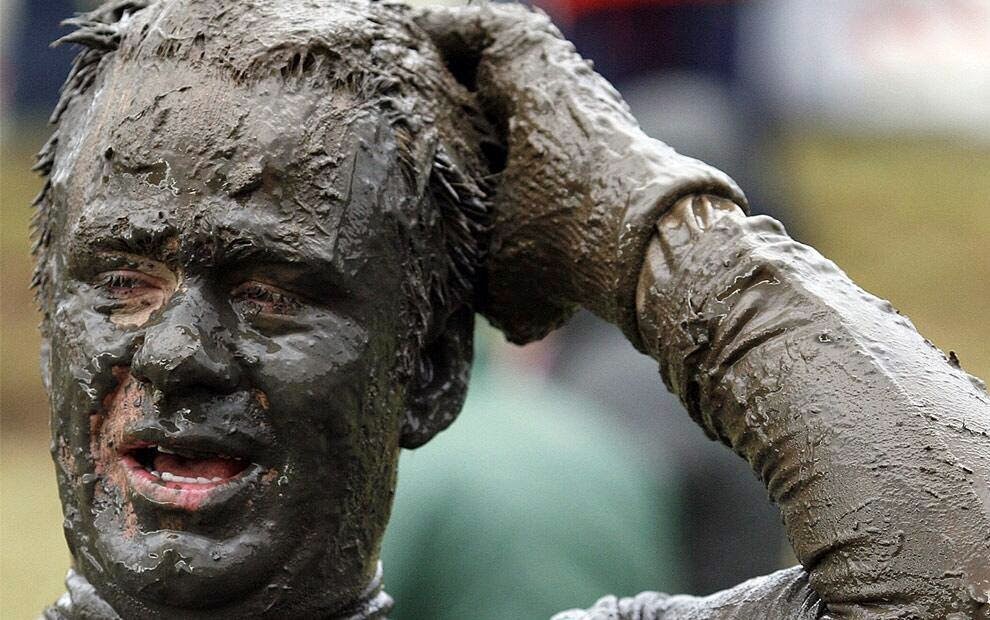 On April 10th, Michael Pineda of the Yankees (pictured above, well, not really, but perhaps a "sneak peek" of him in his next start) was clearly using pine tar on his pitching hand (dirt, yeah right) in the win against the Red Sox, and basically got away with it. The Sox didn't make a big deal about, MLB did nothing: no fine, no suspension. They basically told him and his team: be discreet about using pine tar.

So last night he's facing the Sox again, this time at Fenway. The Red Sox score two in the first inning, and on the mound for the second, there is Pineda with an obvious slop of pine tar on his neck.

Talk about flaunting it. John Farrell had no choice to ask home plate ump Gerry Davis to check him. The ump discovered the pine tar, and showed Pineda the door.

Listen, we all know that some pitchers will use every kind of advantage on the mound. Many use foreign substances, but the unwritten rule is: don't make it obvious. Pineda claimed after the April 10th game that no one on the Yankees discussed the matter with him, but he has been proven to be a liar, as both Joe Girardi and pitching coach Larry Rothschild spoke to Pineda on more than one occasion about flaunting the pine tar for all to see.

And where were the Yankees last night as that second inning was happening? Didn't ANYONE see the stuff on his neck in the dugout? Or did they take the "Sgt. Schultz" approach: "I know nothing, I see nothing, I hear nothing..."

Pineda is now looking at a minimum of a 10-game suspension. Is he the dumbest player in the majors right now?

Maybe sitting for 10 games will wake this guy up. Or maybe not. Perhaps he should sit down with legendary Cleveland Indians hurler Eddie Harris about the finer points of hiding the foreign substances:

And the Red Sox went on to a 5-1 win over New York without Pineda, as John Lackey struck out 10 in going 8 innings.
Posted by The Omnipotent Q at 11:31 AM