Ryan Dempster announced today he will not pitch for the Red Sox or in MLB in 2014, and more than likely has pitched his last game.

Dempster, 36, said he wanted to spend more time with his family and he's also got some physical reasons to step away. He's also walking away from $13.25 million, which comes off the Red Sox books.

It also solves the logjam of what to do with the six starters in the Red Sox rotation coming into Spring Training. There were all kinds of rumors about trading Dempster or John Lackey or Jake Peavy. Good thing the Sox waited patiently.

Dempster goes out with a World Series ring in 2013, and he pitched his last game in Game 1 of the World Series, pitching the ninth inning in Jon Lester's win.

But he will be forever remembered for one at-bat at Fenway last August 19th: 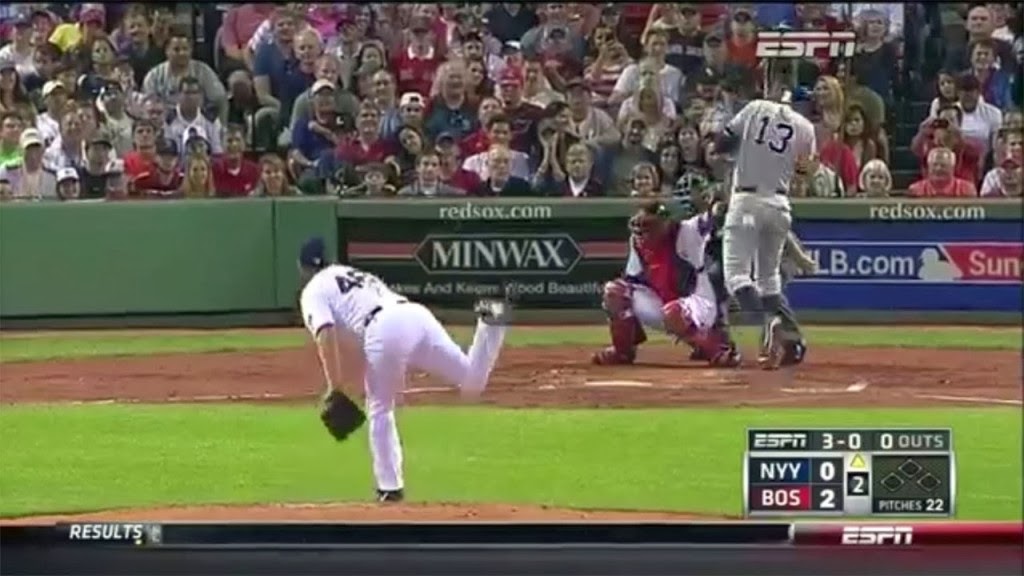