The Red Sox continued their dismantling yesterday, sending 2013 champion Mike Napoli back to Texas for a player to be named later or cash considerations.

We thank him for what Dave O'Brien once called "the unexpected gift of a season" that the 2013 year and championship was.

Nap and his badass beard will never be forgotten. 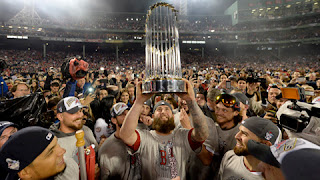