More On Pedey and Mo 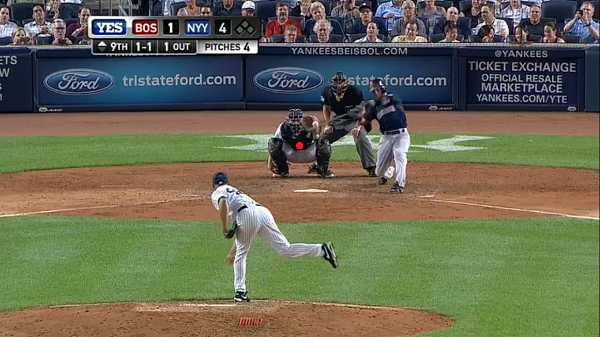 My friend Adam, whom I have quoted here in the past, weighs in on the "controversial" new book by Mariano Rivera, "The Closer," with an interesting take on Rivera's statement about Dustin Pedroia:

I'm sure many of you heard that Mariano Rivera "wrote" a book, and stated that he'd pick Dustin Pedroia at 2B over Robinson Cano.  ESPN quotes Rivera as saying: "If I have to win one game, I'd have a hard time taking anybody over Dustin Pedroia as my second baseman." How about Chase Utley?  I'll cut Mo some slack because Utley played in the NL.  From 2007 to 2013, Pedey was  the best 2B in the AL.
ESPN New York's Andrew Marchand disagrees.  Marchand bolsters his argument with all kind of advanced metrics like Gold Gloves and Silver Sluggers to show that Cano was the better 2B.  Here's the crux of Marchand's argument:
The highest OPS Pedroia has produced in a season is .869. Cano has bettered that number six times.

Cano has won five Silver Sluggers, which go to the best offensive player at a particular position. Pedroia has one.

On defense, they are both elite. Pedroia has three Gold Gloves, Cano has two. And while the Gold Glove is not the best metric to grade fielders, we can all agree both players are excellent on defense.

Over the past seven seasons, Cano has played in an average of 160 games. Pedroia has appeared in 141 per season over the same span. Pedroia won the MVP in 2007, while Cano's best showing was fourth in 2012.

OPS is a good shorthand number, but it is a somewhat flawed stat because it simply adds OBP (based on PA) and SLG (based on AB).  wOBA is better.  Despite the Silver Sluggers that Marchand cites, between 2007 and 2013, Cano wasn't that much better offensively: Cano .371 wOBA, Pedroia .362 wOBA.  The only advantage Cano had as a hitter over that period is SLG: .508 (Cano) v. .457 (Pedroia).  If you eliminated last year, when Pedey played an entire season with a thumb injury, the gap narrows slightly: .365 wOBA and .465 SLG.  Both players had nearly identical BA from 2007 to 2013--.307 (Cano) .305 (Pedroia)--but Pedroia had a better OBP, BB-rate, and K-rate.
Marchand notes that Cano was better at staying healthy, which is why he averaged more games played.  But the numbers are somewhat skewed by the fact the Pedey only played 75 games in 2010 due to injury.  No matter.  WAR, a stat that factors in hitting, defense, and baserunning, favors players that stay healthy.  So you'd think that Cano would have a huge WAR edge on Pedey.  He doesn't.  Pedroia, despite playing 135 fewer games, was one overall win better than Cano between 2007 and 2013 (35.4 fWAR to 34.4 fWAR).
The reason for this is Pedey's huge edge on defense and base-running.  While Marchand notes that GGs are not a good metric, he contends that "both players are excellent on defense."  He's half right.  Pedroia is an excellent defensive 2B.  Fangraphs rates him as the 3rd best at his position from 2007 to 2013.  Fangraphs also has 24 2B ahead of Cano, including some not know for their gloves.
I'd say Mo knows baseball better than Marchand.
Posted by The Omnipotent Q at 11:18 AM