"I Don’t Have Any Words That Aren’t Four Letters" 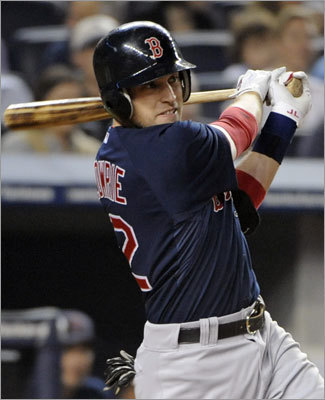 And that post quote comes from one Josh Beckett, who actually pitched fairly well for the first six innings last night in the Bronx, as the Spoiler Sox put a hurting on Andy Pettitte and the Yankees, 10-8.

I'd hate to hear the type of language he uses on nights when he doesn't win.

But the Beckett, whose been getting lit up by New York this season to the tune of an ERA over 11.00, got hit as the game got to the seventh, allowing four home runs in total.

The Red Sox gave Beckett plenty of offense against Pettitte. Jed Lowrie hit a three-run shot in the second, and went 4-for-4 on the night, and Bill Hall hit a three run shot in the fourth that basically but the game on ice early.

New York scored six runs in the sixth and seventh and cut the deficit to three, 10-7. Alex Rodriguez hit a homer off Scott Atchison that brought it to that score, Slappy's second of the night.

Daniel Bard pitched a scoreless eighth, and Jonathan Papelbon allowed just a Mark Teixeira home run (New York's sixth on the night) to make it a 10-8 final and get his 37th save.

Scary moment in the fifth when Mike Lowell got hit off the right side of his head on a ball Curtis Granderson hit that took a strange bounce. Lowell crumpled to the ground, but got up moments later and stayed in for the rest of the inning. He came out in the sixth for precautionary reasons.

The Red Sox are still breathing, and their elimination number for both the East and Wild Card is three. Jon Lester goes in quest of his 19th win this afternoon in the Bronx.

Jarrod Saltalamacchia is now done for the season, as he has ligament damage in his thumb and may need surgery on it.

In a curious move, the Sox picked up ten-year veteran infielder Felipe Lopez off waivers from the St. Louis Cardinals yesterday. I can only imagine they did because he is a free agent after the season and is a Type B free agent, and the Red Sox would get a compensatory pick should he sign somewhere else in 2011.
Posted by The Omnipotent Q at 11:40 AM