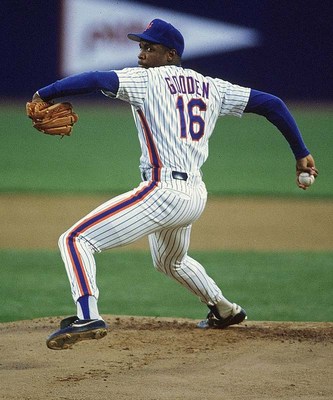 The former pitcher, who has had a number of brushes with the law over alcohol and drug abuse, was involved in a car accident in New Jersey, and was arrested by police and was charged with driving while under the influence of drugs, endangering the welfare of a child, leaving the scene, reckless driving and DWI with a child passenger. Here's more from the NY Daily News.
I can only shake my head when I read things about him like this. Some people just will never learn. And now he's in some real serious trouble.

It seems like 100 years ago that a 19-year-old kid from Florida set the majors on its ear in 1984 and set the rookie strikeout record. He had an incredible future in front of him, and I thought Cooperstown would be his ultimate destination.

What could have been.
Posted by The Omnipotent Q at 5:38 PM