The Red Sox Won a Ballgame! 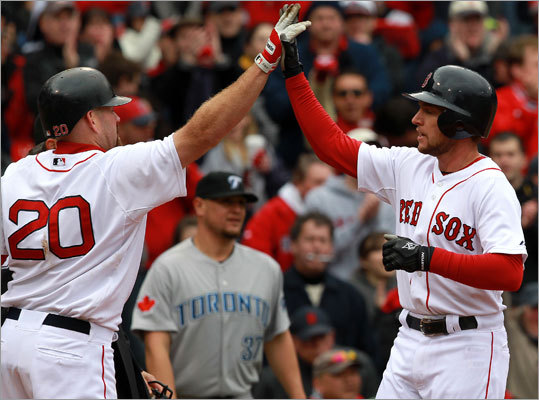 The title of this post refers to a line the great Warner Wolf used to say when one of the New York teams, who were probably rotten at the time, surprised us all and got a "W". (Second time this week I have made a Warner Wolf reference. And this is not to imply the Red Sox are "rotten." Just a lousy first two weeks.)

The season's third win in what was arctic-like conditions at Fenway. Josh Beckett made a second straight start that brought back memories of 2007, allowing Toronto just a run on three hits.

And I think it's apparent that Jed Lowrie should now be the everyday shortstop, as he got three hits and hit a two-run home run while scoring two runs. Marco Scutaro, meet the bench.

Daniel Bard and Jonathan Papelbon took over for Beckett and gave the Sox two quality innings to nail it down.
Posted by The Omnipotent Q at 6:51 PM

It was nice to see Beckett pitching like Beckett. I was quite happy. I hope he can keep it up.