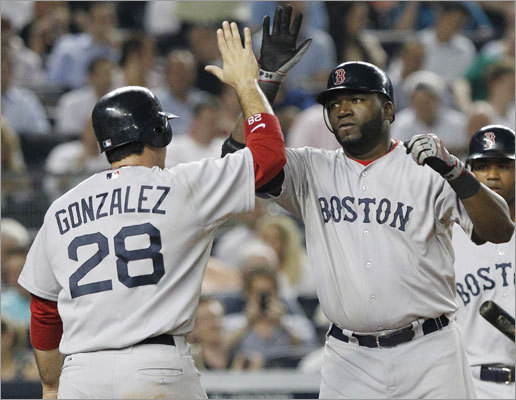 First blood drawn in the Bronx.

Alex Rodriguez goes 0 for 5 and strikeout against Jonathan Papelbon to end it. Pap is once again a ninth inning adventure, as he allows a run and Slappy was the tying run. But he nails down his 200th save of his career. (He was also suspended for three games over that ninth inning circus at Fenway last Saturday, but is appealing.)

The Red Sox are now tied with New York for the AL East lead. The Sox have taken six of the first seven meetings with the Yankees. Four straight wins now and Tim Wakefield tries to keep it going tomorrow night in The House The Taxpayers Built.
Posted by The Omnipotent Q at 10:40 PM