A Win For the Patriots 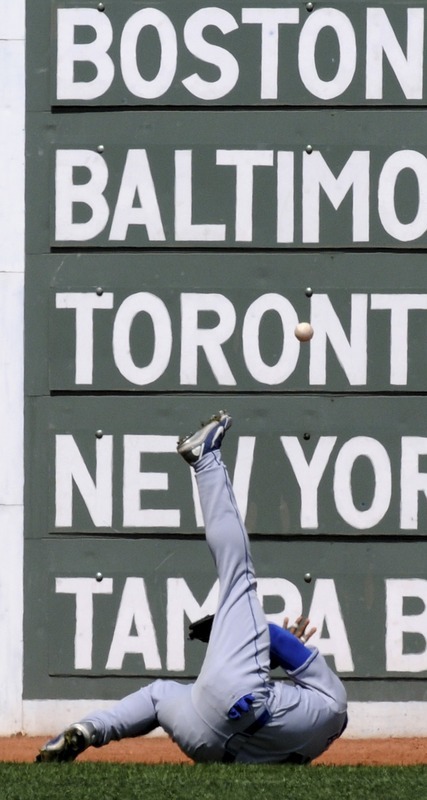 The Red Sox extended their winning streak to five games yesterday with an 8-3 romp over the Texas Rangers to complete a four-game sweep over them. Clay Buchholz pitched six strong innings in getting his first win since last September 6, as the Red Sox won their fifth consecutive game on the Patriots Day holiday.

The offense was alive and well yesterday, and didn't need Manny Ramirez, who was given a day off. David Ortiz appears to be out of the early-season doldrums, driving in three runs on two doubles, including one that Milton Bradley lost in the sun (pictured). Julio Lugo had a big day, going 4-for-4 and a walk. Jacoby Ellsbury had two hits and two stolen bases.

Texas' pourous defense didn't help matters either, as a possible double play started by Ian Kinsler instead was thrown past Ben Broussard at first and continued the five-run fourth.

But the story of the afternoon was Buchholz, who threw first pitch strikes all afternoon, and was in trouble only once. But he once again should some good poise, and allowed just 5 hits while striking out 6.

The Sox are now 14-7, and now the LA Angels come to Boston, and the Red Sox send Josh Beckett to the hill tonight.
Posted by The Omnipotent Q at 10:48 AM