50 Years After The Festival 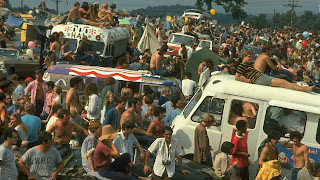 Trivia will be happening this Tuesday night, August 13th at 8:30 PM, with "Woodstock Artists Trivia," in honor of the 50th anniversary of the legendary Woodstock concerts from 1969. It will be seven questions about the artists that played in those series of shows (not necessarily about the actual shows themselves). The Q Train lightning round will be "Science Fiction Film Characters Trivia." I will give you the names of ten famous characters who appeared in science fiction films (with the year the film was originally released) and you have to tell me the film the character was in.


The Sneak Peek question for this week is:
"To what country does the island state of Tasmania belong?"

I look forward to seeing many of you this Tuesday night for another great night of Trivia!
Posted by The Omnipotent Q at 10:10 AM