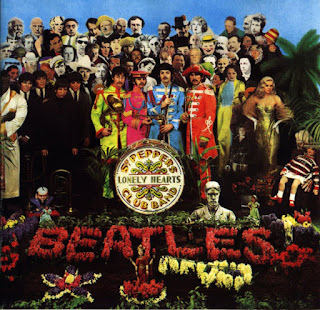 Trivia returns to Professor Thom's this Wednesday night, May 31st at 8:30 PM, with "Beatles Trivia" as the Special Category, in honor of the 50th anniversary of the release of the Sgt. Pepper's Lonely Hearts Club Band album this week. It will be seven questions about the career of rock's greatest band. The Q Train lightning round will be "Comedy Movie Characters Trivia." I will give you 10 names of famous comedy movie characters down through the years and you have to tell me what film that character was in.

The Sneak Peek question for this week is:

"In what sport would one use a shuttlecock in?"

We are back on the main floor of Professor Thom's for good for Trivia, as the Celtics' playoff run just came to a close. Hope to see many of you for Trivia this Wednesday night!
Posted by The Omnipotent Q at 10:45 AM