John Would Have Been 72 Tomorrow 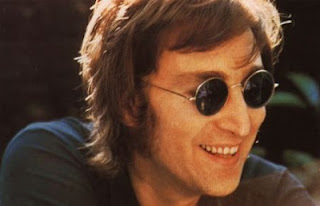 The Special Category for Professor Thom's Tuesday Trivia Night this week will be "October 9th Trivia." It will be seven questions connected to people, places and things on the day in history.

The Q Train lightning round will be "Beatles/John Lennon Songs Trivia." In honor of what would have been John's 72nd birthday, I will give you the names of ten songs that were either done by the Beatles (with John at lead vocal) or John as a solo artist. You have to tell me who recorded it.

The Sneak Peek question for this week is:
"What actor played the president of the United States in the TV series 'The West Wing?'"

We get going at 8:30 PM tomorrow night. The crowds have been big with the move to the earlier time, so get in early to get a good table. Hope to see many of you at Thom's tomorrow night.
Posted by The Omnipotent Q at 11:15 AM